All that glitters… is not gold! 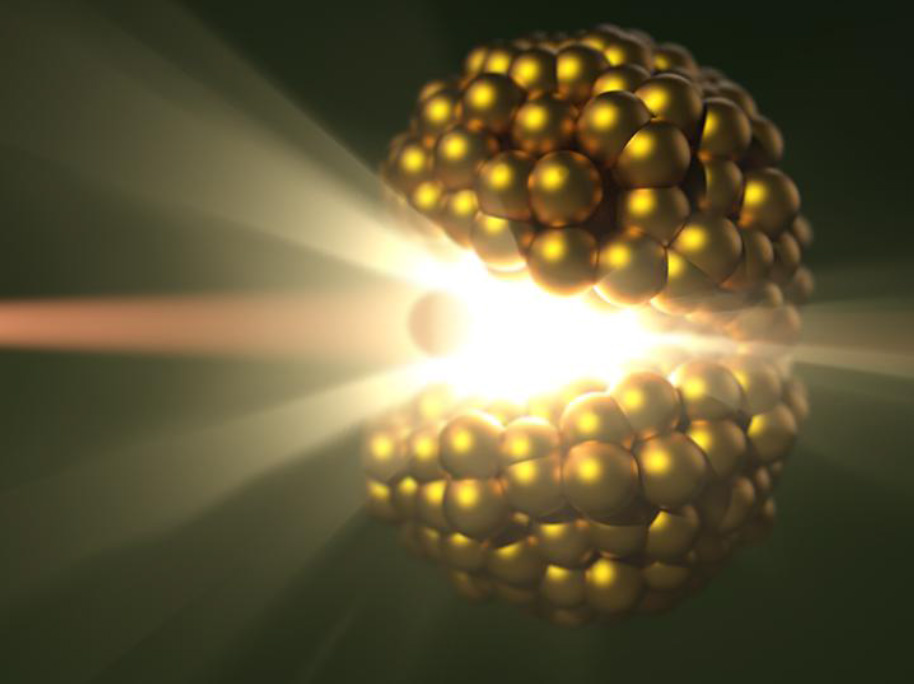 In many commercial integrated circuits (ICs), gold is used as a bond wire material to form the electrical connections between package pins and IC pads and to plate most of the metal lids used to seal ICs inside ceramic packages. In many space-rated ICs, aluminum wire is typically used instead of gold to enhance reliability of the bond wire connection to the IC [1], but gold plating is used on the lids of many space-rated ceramic packages. For electronics flown in the space environment, the presence of “real gold” is not such a good thing. By itself the gold is non-reactive and does not corrode, providing a protective surface coating that keeps the IC safe from harm in harsh environments. However, when placed in environments rich in energetic protons, such as the space environment, gold has an unstable reaction. Protons incident on gold have a small but non-zero probability of being captured by the gold nuclei and inducing nuclear reactions. The primary reaction pathway of concern is the nuclear fission of the gold nucleus where the heavy gold nucleus splits into two large and nearly equal mass fragments, each with lots of kinetic energy. If either or both of energetic fragments intersect sensitive device areas, they generate a high density of excess charge that can induce a variety of single-event upsets in ICs. Of particular concern are the destructive effects such as single-event latch-up, burnout, and gate-rupture. (SEL, SEB, SEGR respectively).

In the worst case, the gold nucleus splits into two nearly equal fission fragments with one fragment having an Linear Energy Transfer (LET) of nearly 50 MeV-cm2/mg in silicon – more than enough to disrupt most commercial circuits and even some space-rated circuits. This effect was well-documented and characterized by Turflinger [2] and Ladbury [3]. The cross-section of the fission products produced during proton irradiation as a function of the LET of the fission fragments on a variety of lid configurations is shown in Fig 1. The curve for the simple gold-plated lid (red curve) clearly shows fission fragments emitted with up to 50 MeV-cm2/mg.

There are two basic questions that must be answered to understand whether the gold fission reaction will impact the reliability of your space electronics:

If the answer to either of these questions is “no” then this effect will not be a reliability concern. If the answer is “yes” to the presence of gold (the lid plating is the most likely source of problems since it is coplanar to the sensitive die surface) and “maybe” or “yes” that the IC is sensitive to destructive SEEs at an LET ~ 40-50 MeV-cm2/mg, then there is a likelihood that mitigation will be required if this IC is to be used in a critical space system. 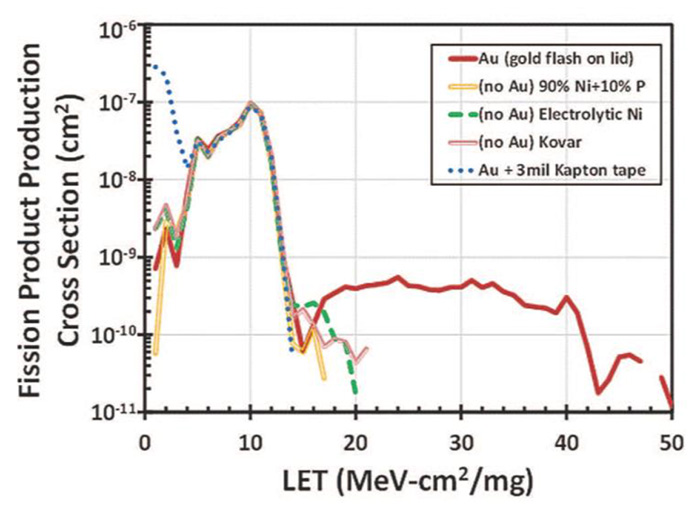 Fig 1. Fission probability (cross-section to incident protons) for different lids as a function of the LET of the fission fragments. Lids with no gold or with a thick layer of polymer tape do not emit any fragments above 20 MeV-cm2/mg while gold fission fragment extend up to 50 MeV-cm2/mg; hence, gold plating on the bottom of the lid is a reliability risk. From [2].

The easiest way to mitigate this effect is to create a metal lid where the gold plating on the interior face of the lid is removed or masked so that the lid area above the IC has no gold. Some lid suppliers offer selectively plated lids. Another mitigation technique would be to plate the inside surface of the lid with a lower atomic mass/charge (non-fissionable) material on top of the gold layer (green dashed curve in Fig. 1) or to create an absorption layer thick enough to stop or block the fission fragments (blue dotted curve). Note that in both these cases the LET of secondary radiation is limited or has been reduced to 15-20 MeV-cm2/mg. Another mitigation technique is to use a gold-plated lid but to ensure that the IC is not sensitive to LET events of 40-50 MeV-cm2/mg – in practice this may be far more challenging. If the fail mode were SEL only, one could design an external system mitigation monitoring the source current during operation that shuts down the device if any large current discontinuities signaling the onset of SEL events are observed. Of course, this greatly increases the complexity of the system and does not avoid the possibility of latent defects induced by momentary high-current conditions induced by the SEL events.

Thus, if you have devices packaged in ceramic headers with metallic lids in your space systems, you need to consider the risk of gold fission. If the IC inside is radiation-hardened and NOT sensitive to LET <= 50 MeV-cm2/mg, then your system will likely function flawlessly; otherwise, you may want to consider one of the simpler mitigation techniques described to ensure reliable operation in space.

* Note: Nuclear research has shown that fission reactions become possible above a certain atomic mass and nuclear charge. Nuclei of zirconium or slightly heavier elements can fission when exposed to energetic protons (or neutrons). The heavier the original fission-ing nucleus, the heavier and more energetic will be the resultant fission fragments.